Smell and the City

Smell and the City in the International Media 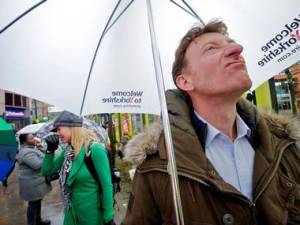 Image from the article in The Independent (21st April 2012)

You may have caught a whiff of Smell and the City in the news recently as the media have been reporting about our smellwalks and research activity. It all started with a smellwalk in Sheffield back in Summer 2011 with the Urban Design Group (click here for the associated smellwalk map). The walk was reported in January 2012 in the widely circulated Edible Geography blog by Nicola Twilley at the University of Columbia, New York following a two hour interview with Victoria Henshaw on her research on the role of smell in urban experience, perception and urban design.

Since then, worldwide interest has grown. Victoria has undertaken interviews for US based radio show The Splendid Table with Lynne Rosetto Kasper, and more recently Atlantic Cities with reporter Emily Badger. She has also appeared on The This Way Up show, Radio New Zealand National, and drive time ABC Radio Australia (Perth), where people phoned in with some fantastic smell memories of Perth and its outlying areas and Victoria drew from literature on smell to comment on them. A short piece on the research has also featured in Belgium’s leading scientific monthly, Eos Magazine.

Closer to home, our smellwalks have been reported in British national newspaper The Independent (which also included a plan of our DIY smellwalking route) and Victoria was also joined by broadcaster Peter White for a recorded smellwalk, the results of which featured on Radio 4’s You and Yours show last week. The Royal Geographical Society also included a piece in their national members magazine ‘Geographical‘, circulated in early April 2012 .

Locally, the media have reported on our project activities in the Manchester Evening News, BBC Radio Manchester and BBC Radio Sheffield, and the Yorkshire Post. So all in all, it’s been a hectic few months, but a wonderful time in getting word out there about how important the smells of the city can be in our recollections and everyday experiences of city life. Even better, it has led to lots of new people contacting us with their smell recollections, and details of the amazing work being carried out there, so keep up the good work folks!

All related podcasts/online recordings and/or further information can be accessed by clicking on the links included here in the blog.

One comment on “Smell and the City in the International Media”

This entry was posted on May 1, 2012 by smellandthecity in Smell and the City Project, Uncategorized and tagged environment, media, smell, smellwalk, urban.