Smell and the City

Smell and the City launched into 2014 last month with an inspiring visit over to the other side of the Atlantic, or more precisely to Vancouver on the West Coast of Canada, followed by a trip over to a VERY cold Toronto. In both cities I met some amazing, fascinating and equally smell obsessed people, starting with a whole bunch of smell folks at the Design Principles and Practices Conference, hosted at the University of British Columbia, Canada.

Regular followers of this blog might recall the international call for proposals I published last year for a colloquium I pulled together entitled ‘Designing with Smell: Challenges, Techniques and Perceptions’, copy of the brief available here. When I did so, I hadn’t been sure how the design community out there would respond, but I needn’t have worried as I was contacted by a whole host of people (both before and after the deadline) who are working or interested in the field. Sadly not all of the proposals submitted could be accepted, but I was delighted with the eventual line up which I felt reflected a range of interests and perspectives and included people from the arts and graphics world, those specialising in learning environments, environmental specialist, the use of smell in theatre design and of course myself speaking from a perspective of urban and architectural design. Never have so many pots of smell gathered together in one design conference!

The line-up for our session was as follows:

I (Victoria Henshaw) introduced the session and talked on one of my favourite topics of the moment, delivering a presentation on ‘The Ethics and Practice of Smell Design in the City’ (more on this subject in a future blog update, I promise!). Not realising it is actually a banned substance for purchase in Canada (really???!), I happily circulated my vile of androstenone for all to sniff along with samples of the smells of different public places in Paris.

Next up were Melanie McBride and Jason Nolan of the Experiential Design and Gaming Environments (EDGE) Laboratory at Ryerson University, Toronto. The pair presented a compelling talk ‘Hacking the Senses: Neurodiverse Design and the Autistic Olfactory’, introducing ‘Neurodiverse Design’ as emergent and inclusive model for olfactory design that they described as user-initiated, customizable, and ‘hackable.’ This idea brings an extremely important approach when thinking about smell design that is not always recognised by people: smell is not only perceived differently by people according to their culture and the context of the surroundings within which they detect odours, but also by their physiology. 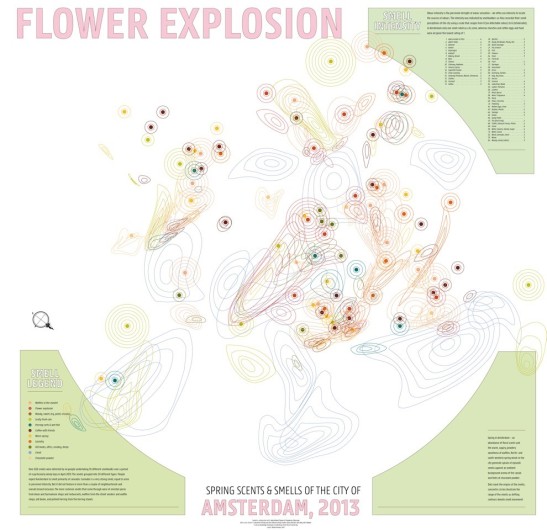 Designer and sensory cartographer Kate McLean presented next with a talk entitled ‘Smell and Cartography: Representing Smell’. Her talk highlighted the increasing scope of her work to include sensory maps of cities ranging from Edinburgh, Scotland, to Newport, USA and some of her very recent work in Amsterdam, Netherlands. Accompanying her work were again access to some fantastic smells that seemed to both delight and disgust the session attendees (in equal proportions!!!)

The Haunted Basement, The Soap Factory, Minneapolis US

And last but not least in our session, Michael McGinley of St. Croix Sensory presented on ‘Olfactory Art & Design Elements in Theatre’ drawing from his experiences of incorporating smell into productions, in the Haunted Basement at the Soap Factory in Minneapolis, US. Michael has worked with the theatre on a number of productions to date, and smell adds that additional dimension to the immersive nature of its productions. As the theatre proudly boasts, “Always a provocative assault on the senses, this year’s Haunted Basement will take sensory overload to outrageous new extremes, ranging from deviously twisted soundscapes and unexpected tactile experiences, and also including the presence of an entirely new spectrum of nauseating odours…” 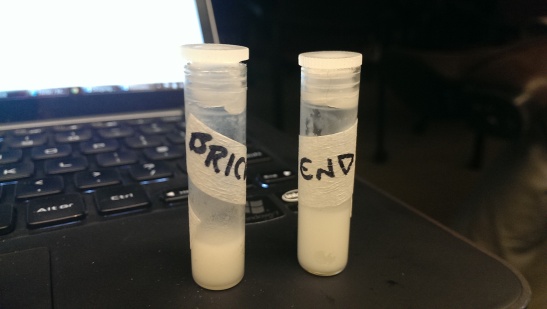 Sewer Fat Samples (or were they?!) by Victoria J E Jones of Cardiff, Wales

And the smell sessions didn’t end there… Artist Victoria J E Jones (you may recall my blog update on her sewer fat work last year) also presented as part of a later session and set many noses wrinkling in imagined disgust with her fat samples, they were brilliant!

2 comments on “An inspiring visit to Canada Part 1/3: Designing with Smell Colloquium (Vancouver)”

This entry was posted on February 3, 2014 by smellandthecity in Smell and the City Project.